It was the kind of October afternoon only East Anglia can produce. A drowsy sun in a cloudless sky, the air still.

The smoke from the wood fire eased lazily into the sky accompanied by the intermittent birdsong from the soaring larks and the crackle of the hedge trimmings. The green bank of an ancient baulk shared its scents, unique to autumn: crushed grass, fruiting trees, the sharp tang of broken fungi.

What with the queues and the cost, the making-up-of -your-mind and endless trailing round shops with blaring music to find the “right” thing for the lowest price. Then, there’s the questions: “… what does it look like” and knowing that answering “a dress” just won’t suffice, even if it’s actually true. [Of course, any other answer needs my legal people and they are never there when you need them].

Read more: Did you find it? Add new comment

Thelma Howard, who had been the maid of Walt and Lillian Disney for 20 years, died in 1981. Every Christmas, Walt Disney would summon her to his office to give her a Christmas bonus of some sort. Instead of cash, every year for twenty years, Disney would give Lillian a piece of paper with some writing on it.

She died in dire poverty, a lonely old woman. But when her few possessions were being sorted out, it was discovered that she was worth an absolute fortune. Those bits of paper which Walt Disney had given her over the years were actually bonds and stocks and shares in the company. She had all the riches she could want and yet she never knew it.

Some things are worth waiting for. As an ardent cricket fan I always look forward to the end of March. The clocks go forward, the grass gets cut and my Wisden Cricketers’ Almanack  arrives through the post. 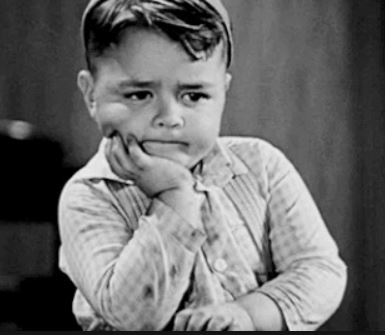 This book, running now to well over 1000 pages, is known by some as the “Cricketers’ Bible.” It records the details of every first class game played in the world during the last year and it is a real gold mine of records as well as cricketing miscellanea. Oh, it has one other fringe benefit: it is one of the few things that can keep me quiet for any length of time.

“We desperately need good role models today - not superficial superstars but authentic heroes, people worthy of following. People of integrity who inspire us to do better, climb higher and stand taller.”

By the time you read this, the Winter Olympics will have begun. Diehard fans will soon be celebrating marvellous victories against the odds or reflecting ruefully on what might have been. Sports stars like other famous celebrities, have become the heroes and role models for many of our generation, with fans and followers alike aspiring to the lifestyle of their favourites.

Regardless of their skill with a ball or their looks on a magazine cover, today’s heroes are ordinary people like you and I - many don’t seek or even want hero status with all the responsibility that it brings.

Read more: Who are you cheering for? Add new comment