A journey on foot across the desert takes a lot of guts and application. It’s not something you do on a whim – it’s an act borne out of a well thought plan, of necessity perhaps even desperation. When it takes you 41 days to complete the journey, it pushes everything to extremes: plans, purposes and personal resilience..

No one in their right mind contemplates such a journey without back up or a support team. (Even with such a team, one ex Prime Minister’s son got lost very quickly).

Today it would mean Land Rovers, Sat Nav and a team of people helping you adjust to conditions, treating your physical ailments on the way alongside nutritionists to ensure the right balance of food and carb intake to keep you going.

Elijah was on his own. There was no back up, no idea of where he was going and he was keenly aware that there were problems hot on his heels. It’s a long way from a mountain top to a cave in the back of beyond when you are running in fear of your life.

”How long will you waver between two opinions. If the Lord is God follow Him; but if Baal is God, follow him.” (1 Kings 18 verse 21)

Having put King and people on the spot by questioning their spiritual loyalties, Elijah was party to a pretty impressive mountain top experience (see 1 Kings 18 & 19). After all, it’s not every day that fire from heaven consumes a soaking wet altar (stones included), leaving nothing behind for a BBQ feast for the watching people. The result is that the nation of Israel recommit themselves to following God:

The notable exception is Jezebel who is the real power behind the throne and the one person in the land with the determination and will to pursue her own agenda.

Elijah goes on the run, his first overnight stop being under a tree in the desert. There, he is refuelled in more ways than one: there’s the right food and he connects with God, even though he feels overwhelmed by the consequences of what he’s involved in. His final destination – after a 40 day journey across the bleak and arid desert – is the mountain of Horeb.

There, Elijah retreats still further. Physically, he enters a cave, spiritually he retreats into his shell: a spiral of self pity and desolation. After the highs, when it seemed nothing could go wrong, he now hits the ground with a resounding crash not a soft landing. Reality has kicked in but Elijah is not alone in his depression – he finds his call renewed even when his back is against the wall in more ways than one.

It happens to us all: we hit the ground hardest once we’ve come down from the highs of life. When we bump

along the bottom, often as a result of events that come out of the blue, it is very hard to see beyond our immediate circumstances.

We don’t remember where we’ve been, what we’ve achieved or how God has helped us – we only see the walls of today’s issues and problems closing in.

Prayer is hard, God appears to have left and we are often disappointed when we look for that spiritual “magic wand” to be waved and for everything to be immediately resolved. That does happen but it isn’t the norm – at least not in my experience.

As Elijah waited in the cave, fearful for his life and feeling sorry for himself, he may not have realised that he was in exactly the right place for God to help him. Of course it was God’s pre planning but Elijah is in a cave on a mountain – but not any old hill. This is Horeb, the mountain of the Lord (1 Kings 19 verse 8).

Elijah is in the right place and he is in the right state (as well being in a real state). There’s nowhere else for him to go, either physically and spiritually. In these circumstances – shared by many bible heroes like Peter, Paul, David, Jonah and Moses – he discovers that God has not finished with him yet. Failure does not have to be final, even running away is not a rejection of God more a realisation that, without Him, we can’t hack life as we find it.

It is a revelation that brings hope to all of us, to any of us, who may be going through tough times at the moment with all sorts of problems, concerns or expectations snapping at our heels.

God was not in the wind, the earthquake nor the fire. God could not be seen nor experienced there and then in the spectacular but in the ordinary, the seemingly insignificant and mundane. After all the expressions of creative power, came the gentle whisper – and there was God. 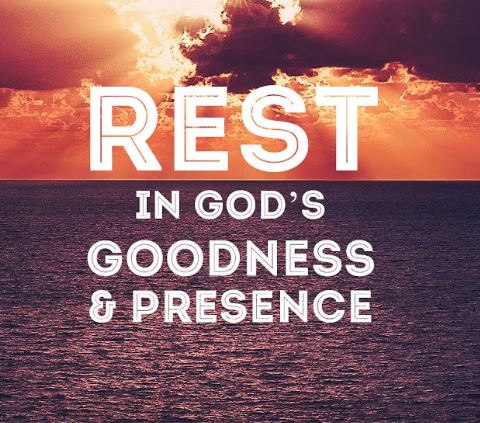 God reveals himself to us in whatever way he chooses, through whatever means or people he decides to employ. He finds us on the mountain top, in the valley and in the cave; he meets us in moments of exhilaration and in times of deep despair. He meets us in such a way that is most appropriate to our need and circumstances.

We may discover His presence through reading, in prayer, during our daily exercise or in the words of a friend. We may not even know how we (re)discover Him but the important thing is that he finds us, reassuring us and inviting us to step forward with Him, sharing in His work.

May you know that peace and assurance today, whatever your need and however you feel.