I'll be honest, I'm no stranger to a pie. In fact, we've enjoyed a deeply intimate relationship over the years as my expanding waistline bears witness. I'm also rather partial to fruit cake made to a real Cambridgeshire recipe (secret tip -   black treacle), just the thing with a slice of strong cheddar on the side.  Then there's home baked bread with real yeast and the heat of an airing cupboard to prove it:  that also takes some beating. 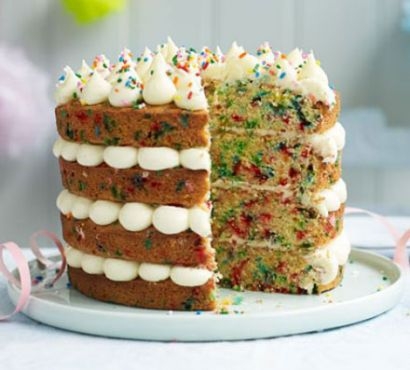 Baking has become big business with the rise of television programmes aimed at the new "on trend" leisure activity of cooking. It might be rather more creative  with seeds, swirls, piping bags and exciting "new" ingredients but it's still pretty much what most of us have been doing for a long while now.

If reports are correct Channel 4 are paying £25 million for an idea suggested by a cake competition at a village fete. Mind you, if I was that fete's legal adviser, I'd want a slice of the action as international franchise deals are set to generate millions in additional revenue. On second thoughts, though,  perhaps not ... some local judges are not as non partisan as they might seem and some competitors are not above creative additions (Lifebuoy Soap and Carrots, anyone?*]. Just imagine Mary being bribed by a chum from the WI!

Hopefully we won't see the likes again of the diplomatic incident that surrounded a well known friend of mine who was "disqualified" from the bible cake class at a church fete for using a different version of the text. Who'd have thought that the spiny option was the go to item? (Matthew 7:16).

Buying into a lifestyle

Laudable as the intention to get us cooking again is, I can't help wondering about the intrusion of business and consumerism into yet another area of everyday life. Ok you have to buy things to make your lunch (unless you grow them) but this kind of "reality" TV Show introduces competitiveness and oneupmanship into an environment which should be fun and/or something you happily do with, and for, others. The programmes portray a lifestyle where, unless you can produce the equivalent of a MasterChef meal for a Thursday night, then you don't really cut it. I haven't the time nor the inclination to peel broad beans and food presentation isn't my forte - at least, the food itself is vaguely edible.

Does this encourage a kind of unhealthy focus on perfectionism - where, if something isn't ascetically pleasing or taste bud explodingly awesome, then it simply isn't good enough? It's an attitude that is symptomatic of so much else in material culture: we strive for excellence (and are prepared to pay through the nose for it), in all sorts of ways over all kinds of things except in those circumstances where it really matters.

I'm not knocking anyone's achievements: it's wonderful to see skilled people doing what comes naturally to them. What I am questioning is whether  such achievements - and our response to them - say more about us, with a hint (or more) of narcissism involved, than they speak into the lives of others. I'm more concerned with perspective, with the bigger picture. What does it take to get "there?" Is it worth the cost (how are the winners affected by public exposure, fame and failure)? How  does it impact the way we live the whole of our life not just one particular part of it? (Life or lifestyle?)

Talent, skills and character are graces  we are given to use for a bigger audience than either BBC 1 or Channel 4 can provide. One of the greatest achievements lies in using those opportunities to bring encouragement to others, making a difference and changing their lives for the better in the process.  One of the greatest joys for me is seeing that happen, whether it's been down to my involvement or when it's the result of someone else's work

I know what I'd rather throw time, money and effort at - and it isn't cake.

[*] A home made cake for  the first correct entry on how Lifebuoy soap can improve your chances of winning the carrot section at vegetable shows. Don't worry I have passed Health and Hygiene level 2: my certificate is on the door in the church kitchen. .